This year, the European Commission celebrates the 30th year of Jean Monnet Actions. Since 1989, Jean Monnet Actions have brought together a network of higher-learning institutions whose research and teaching on European Union-related topics have been recognised by the Commission for their excellence. Reaching about half a million students each year, the Jean Monnet network furthers the ends of academic research in the service of European integration, seeking to do justice to its illustrious namesake.

EIPA receives funding to further the Jean Monnet goal of promoting high-level teaching and research in EU studies, and the fostering of dialogue between researchers and policy-makers.

A bridge-builder between academics, researchers and policy-makers

As the Commission highlights, institutions within Jean Monnet must be interdisciplinary and should seek to foster dialogue. Jean Monnet is a bridge-builder between academics, researchers and policy-makers, and – as one of Jean Monnets designated institutions – we at EIPA are proud to serve as part of that bridge. We have this in common with our so-called  ‘sister institutes’:

One example of EIPA’s collaboration with her sister institutes is the EIPA-led consortium with the College of Europe as partner which provides training and consultancy for EU staff in the field of European and international affairs, governance and EU law.

Placed in a network of excellent European institutes

Thus, EIPA is placed in a network of excellent European institutes, all of which are committed to deepening and widening knowledge of European integration, engaging in high-level research and diffusing it among the European public. Both before and after the current Erasmus+ framework, Jean Monnet funding has been largely devoted to teaching modules, followed by information and research activities and teaching posts for professors in EU studies. There has been a steady growth in the number of participants in Jean Monnet actions over the years, not only in Europe but also including grantees throughout the world.

Indeed, over the past decade approximately, the number of Jean Monnet funded projects more than doubled. Here at EIPA, we are proud to be part of this success story. EIPA itself provided services to nearly 10.000 participants in 2018. And it seems to be paying off. A much higher percentage of Jean Monnet beneficiaries agreed with the statement that they understand how the EU works when compared to the general population as surveyed by the Eurobarometer.

True, these latter are often specialists, but this difference constitutes what could be both a point of pride for EIPA, and, possibly, a task for the future: to close the gap so that the general public is as confident in its knowledge of the EU as those who participate in Jean Monnet activities.

So as we reflect back on past achievements, we at EIPA take this opportunity to thank our partners, as well as the Jean Monnet programme. We look forward to continuing the dissemination of knowledge on EU affairs and serving as a bridge between practice and theory.

More information on the 30th anniversary of the Jean Monnet activities 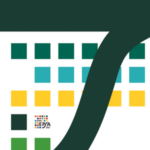 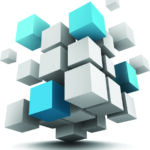 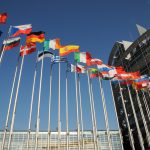