Is the Map like the Territory? Linking international relations theories and negotiation practices in a multilateral context

Blog 2 of the series ‘Possible impacts of the current pandemic on international negotiation processes’.

In this monthly series, we investigate how Covid has changed the face of international negotiations. For this post, let’s first get back to the main principles of any multilateral and multicultural negotiation processes. Multiple theories have been developed to better understand the dynamics of international relations. You may already be familiar with these theories, but a quick refresher could serve some of our readers.

Mapping the negotiation process in a multilateral world

The first school of thought that instantly comes to mind is realism. The fundamental beliefs of realism are as follows: The state is the main actor in the diplomatic arena. The state’s main goal is to protect/pursue the national interest, regardless of the impact on international relations. They will use a cost–benefit analysis before entering into talks to gauge if the potential benefits of the negotiations will ultimately exceed its costs.

The second school – institutionalism – is more oriented to the search for compromise where all parties will be sufficiently satisfied at the end of the negotiation process. Here, states focus on more than a simple one-time negotiation and work to build long-term diplomatic relationships with other states. Such an approach creates a framework in which the states can then operate: the institutions.

The move from realism to institutionalism transforms the diplomatic realm from a competitive to a cooperative environment. With this, institutionalism introduces many important concepts to be considered at the negotiating table such as the logic of appropriateness and consequences, and the concept of path dependency. This idea suggests that actions or decisions taken are not the direct result of one preceding action or decision, but developed over time. The idea of taking a step back and acknowledging the collective impact of different events on an individual actor is in contrast to the realist school of thought.

However, as Korzybski says, ‘The map is not the territory’. So what do these theories mean in practice and how useful could they be in the day-to-day practice of negotiations?

These international relations theories are similar to two different negotiation approaches: the distributive and the integrative approaches. The distributive approach sees negotiations as a bargaining game in which one party tries to obtain as much as possible without any consideration for the interest of the other stakeholders – unilaterally winning as much as possible, as in realist theory. The integrative approach, much like neo-institutionalism, has as a primary long-term objective to sustain good, close cooperation with their counterparts for future interactions.

These two perspectives on the negotiations try to explain what is going on when all parties gather around the table. However, when we are then confronted with what statisticians call an ‘outlier’; that is, a negotiator acting erratically, a negotiator who does not deliver what was previously announced or does not make good on their promises … should we then look elsewhere to explain the reasons behind such behaviour?

While we are primarily looking for rationality in our interactions (i.e. the direct application of theories), research on human reactions and interactions suggests it is not that simple. The brain’s activity has shown that we are constantly trying to find a balance between the assimilation of the information we receive and the application of the said information to the framework we are involved in. In practical terms, this means that when our brain receives information, it first needs to process it. Only then will it be able to employ the new information in the specific environment we find ourselves in.

Processing the information is in itself a particularly complex phenomenon. However, it has been demonstrated that as it is being initially processed, the information is not analysed rationally. The information is first received by the basal ganglia or primal brain. As this is the part of our brain that ensures basic survival, the initial reactions here are based around the fight or flight dilemma. In other words: do I fight or do I flee? This is important to note as it demonstrates that our first response to a stimulus is not rational. Being aware of this phenomenon may help us to react better, rather than letting the primal brain have full control over the information received. If we are aware of our reflexes we can use them to our advantage to limit the impact of our irrational primal brain.

Looking at the first idea, the needs, let’s revisit Maslow’s hierarchy of needs. Although the pyramid is originally used for personal development purposes, it can also be used to identify what potential leverage you could have with your interlocutors. In your background check, you can then see if the people you will be negotiating with are long-standing diplomats, practitioners newly arrived in the field, or are known for having taken certain political stances in their past. Then you could use the pyramid and decide where they are least comfortable. Does your interlocutor seek recognition by their peers? Do they need to be reassured over the sustainability of their position?

Another factor to be considered is how biased we can be in our own analyses of new information. Our background, culture and language impact our perception of the world; this can lead to a subjective reading of our present reality. This is similar to the notion of confirmation bias. Confirmation bias suggests that we make up theories about the people we interact with or see patterns in group dynamics based on a previous experience. If we stick with our initial judgements we end up at a point where we only perceive information that confirms our self-made theories. In the same way, cognitive dissonance can also lead your brain to rationalise behaviours or ideas that contradict your beliefs. Are you more sceptical of compromises drafted by an adversary? Studies have shown that this is cognitive dissonance in action.

In conclusion, the line between our emotions and our rational logic is not as clear-cut as we have been taught, especially when it comes to negotiations. Both are needed when engaging with interlocutors; they complement each another. At the same time, it would be a mistake to disregard how our reactions (both rational and emotional) come about.

Negotiation and international relations theories are crucial as they try to standardise some of the recurring patterns evident in diplomatic discussions. They are a good starting point before digging deeper and asking what else needs to be taken into account when conducting negotiations. The strategy of our counterparts can be influenced by a desire for further long-standing cooperation (implying that any deal will be a compromised text) or a wish to simply further their own agenda (implying that the deal might be unbalanced). This is noteworthy when considering the best strategy to be used when entering into talks. However, strategy is not everything.

It is key for us to acknowledge that as humans, we rely more on our emotions and perceptions than we would care to admit. We have to pay special attention to the information we think we perceive. Equally, it is important to consider how we may unconsciously process and then use this information. Once we accept that what we thought we knew about our interlocutors may be influenced by our own subjective reality, we can adjust our strategy accordingly.

But how does that apply to a sui generis international community, such as the European Union? How can successful negotiations be conducted in such a unique institutional setting?

For more on this, check out our next briefing, in March 2021. Subscribe to our newsletter to be notified.

Read blog one, three (part 1), and three (part 2) of the series ‘Possible impacts of the current pandemic on international negotiation processes’ by the Negotiation Team.

The views expressed in this blog are those of the author and not necessarily those of EIPA. 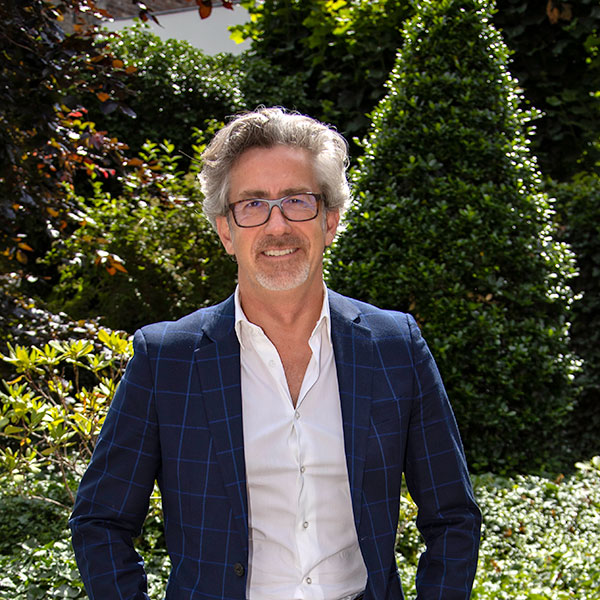